Not Another Black Friday Survival Guide: For Retailers Not Taking Part

Black Friday – you either love it or hate it. Regardless of which side of the fence you land on, its undeniable how much of an impact this American import has had on consumers in the UK. If you’re one of the retailers not taking part in Black Friday, and are looking to boycott the retail bonanza, you still need a solid plan in place to maximise on your sales throughout the holiday period.

There’s so much rehashed advice out there on how to ‘smash’ Black Friday and guides on ‘surviving’ these turbulent times. But there’s a limit to how many of these blogs can really benefit anyone – no matter how many gif-based listicles are used to convey the message.

Now, it’s great if you want to take part in the Black Friday hype – but with the volume of businesses plugging their deals, and for extended periods (like Black Friday-week), it’s harder than ever to get heard. This is especially the case for smaller, independent retailers who may not have the big ad budgets, bigger margins for deals, etc. Not to mention processing the heightened number of returns following customers regretting their impulse buys. It’s not surprising that many retailers are opting to not take part in Black Friday festivities.

The past couple of years has seen a trend in retailers opting out of the Black Friday and Cyber Monday promotions. Last year, Asda announced its second year of not participating and choosing to run their own ‘deals period’ outside of the event. Marks and Spencers are another of the retailers not taking part in Black Friday and haven’t joined in the retail event for the past couple of years, instead offering deals like 50% off gift-sets on the run-up to Christmas instead. Not only does it give shoppers more time to get items they really want (rather than panic buying their fifth 55”, HD, 4K Curve TV and skiing gear they’ll never use) but it also allows retailers to extend promotions and drive sales for longer.

Why would you not take part in Black Friday?

Imagine hundreds of people all stood in a room shouting. Imagine being one of those people, trying to get your voice heard above the others. That’s what it’s like being a retailer competing for consumer’s attention on Black Friday. You need to make sure you’ve got the budget and audience to be heard amongst the others. Many small and medium-sized, independent retailers often find that investment here would be more beneficial in other areas of their business. Is the ROI there to justify taking part in cyber weekend?

In a bid to remain competitive, smaller retailers would need to reduce items way below the line of what they realistically can in order to still profit. There are better ways for you to leverage the holiday retail season to drive sales, and invest where it will benefit the business most. If you have a smaller margin, you may want to rethink your position on BFCM and offer discounts elsewhere, at other peak times.

For some retailers, Black Friday is simply just not relevant to their product or service. Luxury brands typically veer away from Black Friday deals as they don’t align with their overall brand. Others may find the demand for their product or service isn’t in keeping – like a florist, who’s main traffic is driven by events like Mother’s Day or Valentine’s Day – as a shopper, you’re probably not going to be impulse buying bouquets.

What can you do instead of Black Friday sales?

Roll out deals throughout the season

People are becoming more aware of retailers offering better discounts and sales throughout the year rather than on Black Friday. Many retailers are going for this option by not taking part in Black Friday and rolling out their own deals for extended periods. This gives shoppers a longer time to make their seasonal purchases while generating a steady amount of interest and consistency in sales.

Take advantage of the traffic

Regardless of whether you’re advertising specific Black Friday deals or not, you can still promote your site and drive the bargain-hungry shoppers to your site. People are savvier than ever when it comes to shopping around for the best deal. Use this as an edge to attract people to your site, even if you’re not taking part!

By offering a discount through price matching you’re instantly creating a more personal experience for the shopper as it’s done via the customer claiming the difference with you. The opportunity for interaction gives you extra time to delight your customer base and give them the ‘one-off’ discount. It’s also beneficial for retailers as the discount is only taken up by a smaller percentage of the customers. They’re getting the best deal from you without you feeling like you’re devaluing your brand and shopping experience.

For retailers with loyalty schemes like memberships and cards, think of implementing special offers for members, or extra loyalty rewards for during this time period. Boots are a good example of this and will offer double or triple points for their cardholders at certain times throughout the year. You can integrate this with your marketing campaigns easily to also increase more member sign-ups, and feed into your customer retention strategies. Remember to include personalisation as an approach here, using segmentation and customer data to really hone in on what individual consumers want.

This time of year is great for retailers and eCommerce businesses, whether you take part in Black Friday or not. Make sure you have processes in place to support the customer journey from sales and marketing to stock management and dispatch processes throughout the holiday season. 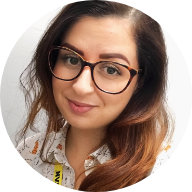