Does Virtual Reality Have A Place In eCommerce?

Back to the future

My first encounter with Virtual Reality (VR) was in 1992 in the Trocadero off Piccadilly Circus, London. The Virtuality 1000CS arcade machine they had was pretty much the state of the art at the time and I duly paid over the exorbitant asking price so I could have a go.

The few minutes I survived in “Grid Busters” was an experience like no other. I left feeling, maybe a little short changed, but excited to see how the technology would develop over the coming years.

Roll forward to 2018 and the “Actual Reality” of VR was a pretty slow burn and it’s taken the best part of a quarter of a century for the technology to get here. But here it is and it’s gathering pace in a way that deserves our attention.

“Virtual Reality is here and it’s gathering pace in a way that deserves our attention.”

Over the past 12 months alone, investors have put more than $1.7 billion into VR technologies according to Entrepreneur.com and numerous devices have been launched onto the market.

High resolution, fast refresh rates, a wide field of view and 3-axis tracking is where we’re at; which all translates to a truly immersive experience.

And the market is growing. According to CCS Insight, by 2018 it’s estimated that 24 million VR devices will be sold globally, with hundreds of new start-ups and hundreds of smaller players flooding into the market.

Alongside VR, and often mentioned in the same breath, is Augmented Reality (AR). Augmented Reality is an interactive computer-generated experience of a real-world environment that has elements “augmented” in various ways.

Augmented Reality can be experienced on your phone, tablet or laptop and has some possible advantages over VR in that simple payment mechanisms are built into the device you’re using for the experience, for example, Apple Pay or Google Pay.

Our interest here is retail and e-commerce and how this technology could be useful in extending reach, driving conversion/sale and providing actionable data. Also, what’s the cost of all this and can ROI be achieved for a mid-sized retailer? Let’s take a look at some examples of what people are doing today with the technology today.

Ikea’s “Place” AR app lets you browse their catalogue and place items in your living room to their scale size, helping you to not buy a sofa and get it home to find out it doesn’t fit.

The app also allows you to take a photo of an item and then it will look up similar items from the Ikea catalogue.

The app gets 4.6 out of 5 on Apple’s App Store and our quick play with it here showed it was easy to use and get going. There were some odd looking sizing issues and surely Ikea is missing a trick by not building any checkout functionality into the app?

As many as 35% of consumers say they would shop more online if they were able to try on products virtually before they pressed the buy button (Walker Sands retail report).

Avemtic’s technology allows consumers to try on clothes within their app. Their technology advances on previous efforts in this area by accounting more accurately for body type, size and the fitting of the garment.

GAP are one of the first consumer brands to leverage the technology allowing their customers to see how clothes will look on them in an augmented reality environment.

Invrsion’s ShelfZone system, pushes the boundary even further by entering the world of Virtual Reality. In this space Invrsion offer solutions for retailers looking to develop and test new concepts in point of sale as well as test category and brand communication and shopper behaviour analysis. And this perhaps is getting to the heart of where VR can start to provide ROI – the rich data that retailers can gain from consumers interaction with these virtual worlds.

On top of this Invrsion offer “v-commerce”, allowing consumers to browse and shop in a completely virtual environment.

Undoubtedly there are some interesting innovations in the field of Augmented and Virtual Reality, but what of the cost of producing these virtual worlds and is there any chance of ROI?

Costs are difficult to pin down, but anecdotally we are talking about several hundred thousand pounds to get in the game. That’s a lot of gross profit to pull back in for a mid-sized retailer. AR will also require different versions for different devices and the VR market is still much fractured with some standards starting to form but even then the user base is primarily interested in playing games and not shopping… at least for now.

In summary, if you’re a higher tier retailer with a full optimised omnichannel strategy there probably is a business case split across data capture, press opportunities and who knows - even sales; but our advice for mid-tier retailers, for now, is “watch this space” - there is almost certainly lower hanging fruit to pick before you pop your virtual cherry. 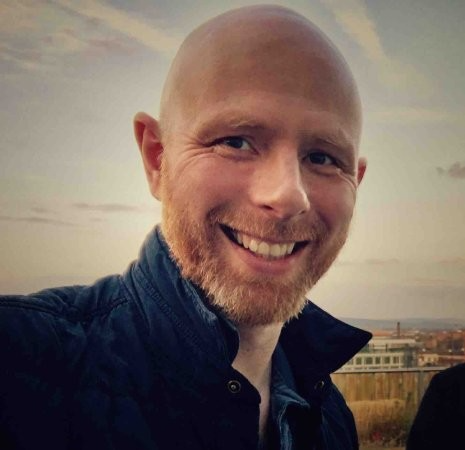 Does Virtual Reality Have A Place In eCommerce?
See all of Chris's posts